Back to all posts

When I was in school, I never talked. Kids would literally come up and ask me to say something because they’d never heard me speak. People would forget I was in the class. One time, halfway through the semester, a guy asked me if I was a new student because he’d never noticed me in the class before. It was, you know, kind of my thing.

Now, looking back, I can see that I was very ungrounded. All of my energy was in my top 2 chakras, and I had no idea what an empath was. It might sound strange, but it’s really been in the past few years that I’ve learned what it feels like to be present in my body. Yoga has been an absolute game changer. And I’m learning that I’m just someone who needs more rest and more quiet time to recharge that other people do.

The thing is, we tend to equate success with “putting yourself out there,” a phrase I’ve come to loathe. To me, that meant pushing myself to act happy and friendly all the time, doing what others expected of me, and of course, hustling.

I distinctly remember reading in an Abraham-Hicks Law of Attraction book, “Your life is supposed to feel good to you.” It was one of those moments when you read something and you can almost feel it reverberating in the room, because it hit home that hard. My life was supposed to feel good. I had kind of forgotten that that was an option. What would that look like? What would it be like to feel good everyday? To be excited about your plans everyday?

It’s been years of slowly learning to lean into that. Of learning to trust it. Of learning that life will support me. The thing is, we are always manifesting not what we want, but what we believe to be true. I believed that success was hard, that money came from hustling, and that nobody would be interested in getting to know the real me. And you know what? I created a life that reflected that.

But when I paid attention to how I felt when I created art, when I wrote songs, when I expressed myself in subtler ways, I found that I had much more power than I thought — and a lot more to say. I had found a way to talk, to myself and to the world, that actually felt energizing and exciting. People seemed to be interested in what I had to say, and in what I was doing. And I could feel it resonating inside. It is truly possible to be totally myself, totally in alignment, and fully supported by life. I just had to stop and listen. I had to get out of my head long enough to deal with how I actually felt — not how I thought I felt, not what I thought other people might think.

We’re not taught that it can be easy. Not to say that there won’t be challenges, but life doesn’t have to be an uphill battle. If it is, it’s probably just a sign that you’re moving in the wrong direction. Maybe it’s your soul trying to get your attention. “Hey, things can be better. You deserve better. You’re capable of anything you can dream.” 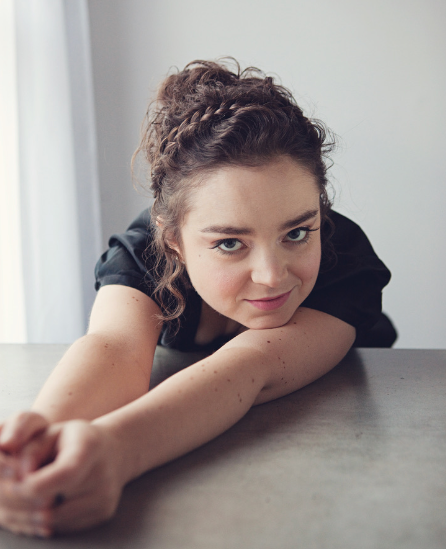